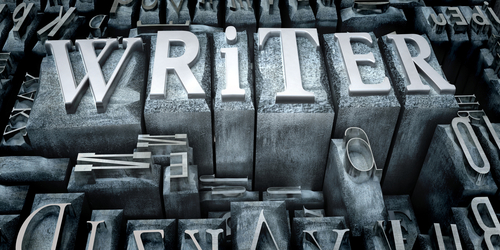 I have also interviewed:

A Lego master builder ~ a Broadway star ~ CEOs ~ filmmakers ~ a fashion designer ~ a judge ~ a union executive ~ an eco-pioneer artist ~ entrepreneurs ~ prisoner-turned-director of a prison dog-training program ~ an adventure photographer ~ a travel blogger ~ an executive coach ~ a poet ~ a professional organizer ~ a U.S. Paralympic athlete ~ a fashion blogger ~ an ESPN digital publishing specialist ~ an artist who crafts Star Wars figures for Lucasfilm ~ a social marketing strategist in the top 10 of AdWeek’s most re-Tweeted people ~ a WNBA commissioner ~ professional athletes ~ FBI agents ~ an American Idol ~ a star of “Friends” ~ an Olympic gold medal-winning athlete ~ bestselling authors

A Doll of an Investment – December 22, 2011 — The money to be made collecting Barbie dolls revolves around vintage dolls that are, optimally, still in the box with their accessories. “The Barbie market and values are  strong,” says one expert.

Women Take Control of Work and Life in Entrepreneurial Way – October 10, 2011 — Women are redefining success by leaving corporate America, working toward not only creating an acceptable work-life balance, but building a successful business.

How to Shop for Your Own Health Care – September 12, 2011 — A Special Report resource for freelancers and independent contractors or anyone whose health insurance has lapsed.

Why I’m Leaving Catholicism — A personal essay about divorcing a childhood religion.

I Shopped For a Church and Found Spirituality Instead — A chronicle of a transformative spiritual journey.

Ladies Home Journal – September 2003 – So She Would Not Die in Vain — A feature on Girls Fight Back founder Erin Weed.

The Times of Trenton – September 28, 1997 – Writer Takes Yet Another Step in Continuing Literary Journey — A conversation with the acclaimed columnist Steve Lopez.

The Times of Trenton – August 20, 1995 – Rowing Through Troubled Waters — Barbara Johnson, mother of the actor Christopher Reeve, talks about Reeve’s accident for the first time and also about her own life in Princeton.

Hockey Stars Magazine – Nothing But Net — A feature on goalie Manon Rheaume.

High School Sports Magazine – Fall 1996 – Don’t Be a Knee Jerk — A piece about the prevalence of knee injuries in female athletes.