You know who I’m finding really refreshing these days? Beyonce. Yes, she of the gyrating hips and long legs.

I’ve never met her, but she seems like a lovely person. I’m not a particular fan of her music, although some of the tunes are catchy. However, I am a big admirer of her focused work ethic and her complete and utter comfort with her body. 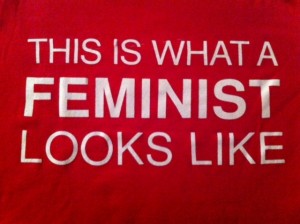 As I watched her HBO film, Life is But a Dream, I kept thinking that the reason this woman sizzles is because she is comfortable with herself as a woman. That’s morally, emotionally, artistically, maternally, intellectually, spiritually and sexually. Don’t read that as 100 percent confident 100 percent of the time. We’re all insecure at times. Read it as more wholly integrated than a lot of us (yes, this writer included).

Contrast that with, say, the seemingly endless discussions these days around the work-life balance issue of the put-upon American woman. I am, make no mistake about it, a feminist. I don’t apologize for it and I don’t long for a “re-branding” of it, as so many have been calling for lately. I spent the bulk of my 15 years in sports journalism covering women’s sports and advocating for women’s issues. I’m all in.

Because of Yahoo! CEO Marissa Mayer’s decision to ban telecommuting there and have a nursery for her infant son in the office, as well as Facebook COO Sheryl Sandberg’s new book, Lean In: Women, Work and the Will to Lead, the discussions are starting to sound like an endless loop of – I’m sorry to say – whining. To be clear, I’m not calling Mayer and Sandberg whiners; I’m talking about the ensuing charged exchanges about whether it’s elitist of them to address the rest of the females in the workforce, about companies not being sympathetic to the realities of family living, and about whether women can “have it all.”

I’m not making light of the fact that we all face some very real choices in our lives and that those of women often differ from the ones men must make. But there comes a point where we have to collectively concede that some things are about arithmetic. We cannot be in two places at once. There is only so much time in a day. Not every job can be done from home. The number of women earning college degrees has tipped over the half mark, but that doesn’t mean suddenly half of the Fortune 500 CEOs will be female. Some change is glacial.

The women’s movement never promised that by making our career choices more feasible and attainable it would also smooth over all of the ripple effects of those choices. With the recent 50th anniversary of Betty Friedan’s wonderful The Feminine Mystique, I was brought back to a moment in 1996 when I was auditing a women’s studies class at the University of Michigan. At age 36, I was by far the oldest student in the room and I almost had to pick up my chin off the floor when one young woman attacked Friedan’s work because it only gave the viewpoint of suburban middle-class white women.

And so that negates her having the courage to speak out about a “malady” that was afflicting so many women in her acquaintance? Why do we get so caught up in one person or one book having to cover all the bases or else be dismissed?

Can’t Mayer be one example of how one woman is handling leadership? We could hear what’s she doing and say, “Wow, maybe it is possible for me to get to the highest of leadership levels while growing my family, but it may take a proverbial village.” Or, perhaps, get some perspective on what we don’t want to do – “I would never want to take on that much at once. I need to consider that in my career and family planning.”

By dismissing Sandberg’s story or advice as fine for a privileged Harvard grad but not the average Jane, aren’t we closing ourselves off to thinking big in whatever way that means to us? So we’re not all going to have Sandberg’s career trajectory, but isn’t she right when she talks about young women often pulling themselves out of contention for jobs and promotions because they’re anticipating having a family? Is it always because they want to or because they think they have to?

It’s thought-provoking. Something to mull over. The reason we share our stories is not so people can go out and imitate us, it’s so something, even a kernel, will set off a little epiphany we can either act on or store away for future reference.

This brings me back to Beyonce, a true feminist. What better term for someone connected to heart, soul, mind, and creative core? She is married to power but she is power. She’s blown away by her body’s ability to create a life. She’s comfortable with her sexuality. She extricated herself from her father as her manager in a vital move for independence. She lets herself be vulnerable. She feels her partner makes her a better person and vice versa.

That’s an ideal feminist message. Are we going to dismiss it because she’s earned truckloads of money? Or because she’s easy on the eyes? Does that make it any less pure? How about more so?

Whether we agree or disagree, isn’t it worth clarifying our own viewpoint? The way I see it, a sparked emotion or thought is a gift on the road to being awake and self-actualized. How fabulous to simply untie the bow and marvel at the offering.